Technique of Yoga originated in ancient India about 5000 years ago. The word Yoga is derived from Sanskrit word Yuj meaning to unite or to join. Yoga is a union of the organ systems in the body with the consciousness in the mind. Philosophically, yoga produces a union of body, mind, and energy (or soul or spirit) to bring about a state of equanimity (calmness).

In our day-to-day life yoga is important not only for maintenance of healthy body but is also used as a complementary treatment for many diseases such as anxiety disorders, depression, de-addiction, coronary heart disease, cancers, and HIV/AIDS.

The practice of yoga has been thought to date back to pre-vedic Indian traditions possibly around 5000 year back. Patanjali introduced Yoga Sutra around 4th century BCE and gained prominence in the west in the 20th century after being first introduced by Swami Vivekananda. In Indian traditions, more than physical exercise, Yoga has a meditative and spiritual core. While 0utside India, it has developed into a posture-based physical fitness, stress-relief and relaxation technique. As yoga has spread at the global level, many different styles has come into practice. 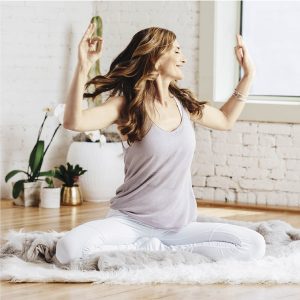 “Kundalini” in Sanskrit means “life force energy” (also known as prana or chi), which is thought to be tightly coiled at the base of the spine.

Kundalini yoga sequences are designed to stimulate or unlock the energy and to reduce stress and negative thinking. This is accomplished by stimulating both mind and body with chanting, singing, meditation, and kriyas (specific series of poses paired with breath work and chanting). This Yoga is done in white clothes, as it’s believed to deflect negativity and increase your aura. Kundalini yoga practice starts with a mantra, then includes breathing exercises, warmups to get the body moving, increasingly more challenging poses, and a final relaxation and meditation.

People who want to do physical, yet also spiritual practice or those who like singing or chanting like this style of Yoga very much. 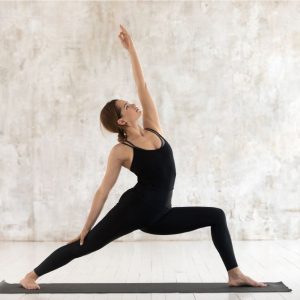 Vinyasa yoga is also called “flow yoga”. The word “vinyasa” means “place in a special way,” which here means linking breath and movement. This intense yoga is considered as most athletic & dynamic yoga paired with mindfulness.

In Vinyasa yoga poses are synchronized with the breath in a continuous rhythmic flow. The flow is meditative in nature, calming the mind and nervous system, even though intense movements are there.

Vinyasa Yoga is more suitable for people who want more movement and less stillness from their yoga practice. 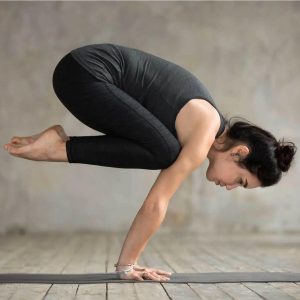 The Sanskrit term “hatha” is an umbrella term for all physical postures of yoga. In the West, hatha yoga simply refers to all the other styles of yoga (ashtanga, Iyengar, etc.) that are grounded in a physical practice. This physical-based yoga is the most popular and has numerous styles. The balance in hatha yoga comes from strength and flexibility, physical and mental energy or breath and the body.

“Hatha translates to ‘forceful,’ but this relates more to the aspect of concentration and regularity of practice rather than applying unnecessary force to the body”. It includes a mix of asana (poses), pranayama (breathing exercises), and meditation.

Anyone looking for a balanced practice, or those in search of a gentler type of yoga like this style of yoga/ 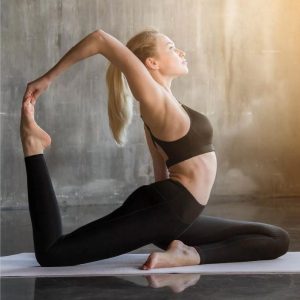 Ashtanga Yoga is known as one of the more strenuous types of yoga. It was developed by the late Pattabhi Jois in Mysore. Ashtanga yoga involves physically demanding sequence of postures, so this style of yoga is not for the beginners and experienced yogis really love it.

The energetic nature of all of the series leads to a cleansing of the body through heat, which enhances circulation, improves joint pain, carries impurities away from the body, and builds strength. 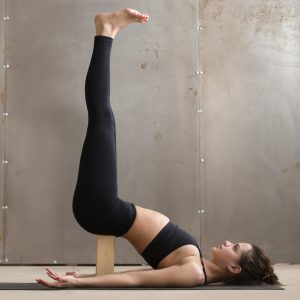 This style of Yoga is named for its founder, B.K.S. Iyengar. Multiple props are used in practice of Iyengar Yoga- including chairs, walls, and benches, in addition to more common ones like straps, blocks, and bolsters. Iyengar yoga is known for the high level of training required of its teachers and for its resourceful use of props. This more static form of yoga may be more liked by older adults, since it “emphsizes detailed alignment and longer holds of positions.”

Iyengar yoga is usually less intense than other types of yoga, although that can vary based on the instructor or class. But generally, it’s suitable for people of all ages and skill levels.

Someone who likes detailed instruction, anyone with physical limitations, or those in search of a more classical form of yoga will find this style more interesting & useful.

Power yoga is a general term used to describe a vigorous, fitness-based approach to vinyasa-style yoga. This style of yoga is closely modeled on the Ashtanga method.

Power yoga incorporates the athleticism of Ashtang Yoga, including lots of vinyasas (series of poses done in sequence). With its emphasis on strength and flexibility, power yoga brought yoga into the gyms as people began to see yoga as a way to work out.

Power yoga is generally more active and is done at a quicker pace than other styles of yoga. Power yoga strengthens the muscles and also increases flexibility. The variation of sequences keeps the brain engaged while you work all muscle groups in the body.

This yoga style is suitable for those who want a good workout, and anyone who wants a less spiritual yoga practice.

To book your yoga session, fill following form and we will call you back

I want to Book My Yoga Session at Ayubhumi Ayurveda & Panchkarma Hospital, Amritsar