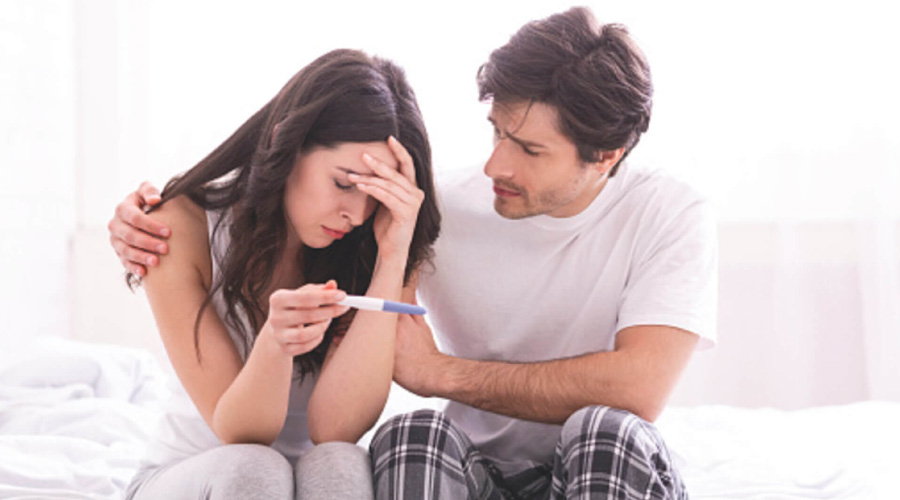 Failure of getting pregnant after trying for more than 12 months is termed as infertility. If a woman conceives but fails to carry a pregnancy to the full term is also diagnosed as case of infertility.

Male infertility may be related to any issues of the following:

Infertility in women can be caused by any of the following:

Risk factors for female infertility include:

Reproductive Health According to Ayurveda:

According to ayurveda, reproductive health, in both men and women, depends on the health of the reproductive tissue or Shukra dhatu. In women, Shukra creates the ovum as part of the monthly cycle, and in men the semen is formed due to sexual stimulation. The Shukra is created as part of a long chain of metabolic transformations. It starts with the digestion of food, then goes on to transformation of food to nutrient fluid, blood, muscle, fat, bone, bone marrow, and finally, to Shukra tissue. Thus the Ayurveda provides a truly comprehensive and balanced approach for treating infertility.

Infertility According to Ayurveda:

Treatment of Infertility in Ayurveda:

Infertility as a medical problem had been described by Ayurveda thousand years ago. Ayurvedic treatment of infertility is based on improving a couples’ overall health and enhancing Shukra dhatu.

There are many foods and herbs that specifically enhance the “Shukra dhatu” in both men and women. The most commonly known and used herbs such as Ashwagandha (Withania somnifera), Shatavari (Asparagus racemousus), Amalaki (Emblica officinalis) etc. A combination of herbs, not individual herb, is used in the treatment of infertility with the purpose of correcting an organic or functional problem that causes infertility.

At Ayubhumi, after thorough investigation & checkup we device individual treatment based on individual & disease.

Facility of this treatment is available on video or telephonic call also. After making a diagnosis we dispatch customized treatment and the same is delivered at your door step. We keep regular follow up with the patient.

Medicines Delivered at Your Door

We have inhouse manufacturing of all the medicines that we provide. We produce highly pure, organic, world class ayurvedic products. We have many certifications for our manufacturing unit to ensure high quality of products in every batch.

I was suffering from Hepatitis B for last 3 years & had taken many treatments. I came to know Dr Atiya through on her You Tube channel. I am also from medical field. I am taking
her treatment for last 3 months and my viral load has come down from 3500 to non detective. Dr Atiya is an expert & her staff is very supportive. I highly recommend them for treatment of Hepatitis- B

Bangalore
I was suffering from Hepatitis B for last about 5 years. I am taking medicine from Dr Atiya for last one month, I am finding a great improvement in my condition. Treatment from Dr Atiya has provided lot of relief to me.